Imparting My Cultivation To Beasts Gets Me 10,000X In Return! 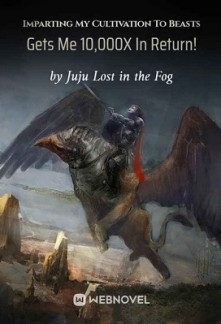 Juju Lost in the Fog

Imparting My Cultivation To Beasts Gets Me 10,000X In Return!

Lin Bai transmigrated to an eastern fantasy world where everyone cultivates.

On the day he transmigrated, he received an Impart Returns System.

As long as he imparted his cultivation to a pet beast, the system would return him a random reward that could be anything between twice the amount he imparted or even up to 10,000 thousand times.

Before imparting, everyone always says, “My goodness! This guy’s pet beasts are so powerful!”

After imparting, everyone always says, “Good god! This guy is way more ridiculously powerful compared to his pet beasts!”