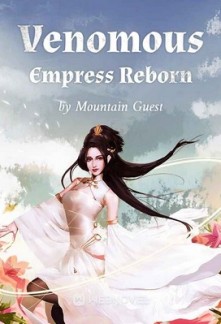 She was a daughter of the general’s family and a gentle woman. She fell for Prince Ding and offered to be his wife. After supporting him for six years, she became his empress.

After risking being a hostage in a foreign country, she returned five years later to find that she no longer had a place in his imperial harem. Lying in his arms, the new consort said with a sneer, “Sis, now that the country is stable, it’s time for you to die.”

Her daughter died a tragic death and her son was removed as crown prince. The Shen family had been loyal, but they ended up being slaughtered.

Shen Miao never thought that their marriage and mutual support all this while would end up being just an act Prince Ding put on! Prince Ding said, “On account that you’ve been with me for twenty years, I’ll allow you to die with your entire body intact. Now you may thank me and hang yourself to death.”

Before she hung herself, Shen Miao made a resentful oath, “When I perish, I will haunt you day and night!”

She was reborn as her fourteen year old self when the tragedies had yet to occur and her family was still intact. She was still the delicate and elegant daughter of a general’s family.

Her relatives were evil, her cousin sisters were vicious and ruthless, and her aunties were eyeing her possessions. She had to protect her family, take revenge, and get back what belonged to her. In this life, she would be the last one standing!

However, the Xie family’s young marquis, an unruly youth, pushed her up against the wall and said arrogantly, “Remember, the world belongs to you, and you belong to me!”

The thirteen cities of You State… belong to you.

The city of Dingyuan in Mobei… belongs to you.

Yuzhou by the Yangtze River, the East Sea of Dingxi, the Green Lake of Lin’an, and Luoyang City… they all belong to you.

If they all belong to me, what will you take, Xie Jingxing?

At first, he said impassively, “There has always been a clear distinction between the Shen and Xie family. For the Shen family’s daughter to suddenly show us goodwill, she must have ill intentions!”

Then, he said calmly, “We're all on the same boat. Shen Miao, behave yourself. Who would have the audacity to force you into a marriage while I’m around?”

After that, he said proudly, “Overthrowing an empire isn’t that hard. My dear, how shall we divide this great piece of land?”

Finally, he waved his hand domineeringly. “Sweetheart, dividing them is too much work. Forget it! They’re all yours, and you are mine!”

Shen Miao yelled, “Get out!”

A domineering empress who was reborn and a young delinquent marquis. Both leads are righteous and they dote on each other.