The wife of a powerful family: Huo Shao, how dare you flirt with me 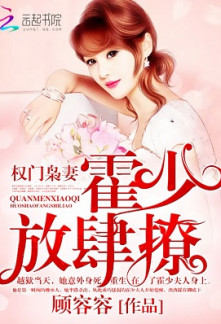 The wife of a powerful family: Huo Shao, how dare you flirt with me

On the day of her escape from prison, she had died unexpectedly and was reborn into the body of Madam Huo.

He was the heir to the number one financial magnate. She had charged out of nowhere and from then on, the obedient and weak Madam Huo had started to awaken. She had been trampled under her feet.

Huo Shao had expressed that since she had already been conquered, wouldn't it be too unfair for her if she did not give her body to him?

The muzzle of the gun was aimed at her head, "I only lost my wife and did not divorce. Choose between loving me or dying for love. "

Do I still have a choice?