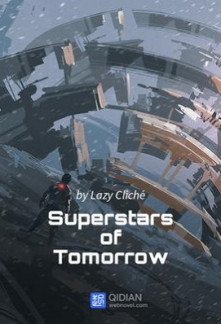 Well-known Composer Fang Zhao was in the glorious stage of his career, when the Apocalypse arrived; After finally experiencing the bitter difficulties of a thousand dangers, when the Apocalypse was simmering down to an end, he collapsed; When he opened his eyes, he was reborn in a New World, 500 years after the end of the apocalypse, in the body of a student who had been dumped barely after graduation, who had been cheated of his hardwork barely after he started working…

The World of the Future, Virtual Idols PK Real Idols

“Every time background music plays in my head, I feel like there is nothing to be afraid of.” —Fang Zhao

Toward the end of the apocalyptic period, Fang Zhao lost his life. However, instead of dying, he found himself 500 years later in the body of a young and aspiring composer who shared the same name. Having received a second chance at life, Fang Zhao sets out to achieve the previous owner’s dreams.

Armed with the experience of living through an apocalyptic age and his profession as a composer before that period, Fang Zhao uses his talent, wits, and knowledge to make his mark in the entertainment industry of the future.