I Transmigrated As A Villain's Mother 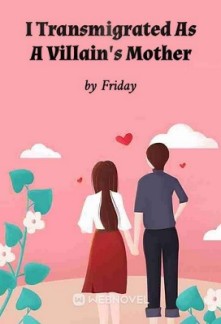 I Transmigrated As A Villain's Mother

Song Ci transmigrated into a book as a cannon fodder supporting female character with a burden, also known as her younger brother. The burden Song Yujin said calmly, “Do you plan on hitting me today? If so, hurry up. I have homework to do.” Song Ci was speechless. Wasn’t this the male lead who was tortured by his sister at a young age, and then grew up and tortured the sister back?! As she recalled how the story progressed, Song Ci shuddered and revealed a kind smile. “Yujin, go on and do your homework if you want to. Are you hungry? Why don’t I make you something?” Song Yujin became wary as if his sister was now using a new method to torture him. Song Ci tried several times to gain Song Yujin’s favor but failed, and that made her want to cry.

This day, their cheapskate aunt who rarely paid them a visit suddenly showed up. “Cici, take your cousin’s place and marry Lu Gan. Both of you have burdens so you won’t complain about each other.” Song Ci was speechless. What kind of bullsh*t was this? She had read the book and knew the real story. Their aunt’s family only aimed for Lu Gan because of his good looks and wealthy family background. But now that Lu Gan’s legs were ruined in a car crash, they were trying to push this mess to her instead! Song Ci said, “Sure, I’ll marry him.” Song Ci wanted to refuse, but then she remembered that Lu Gan and his ruthless son ended up hating her in the book for refusing the marriage! If she didn’t agree, her life would be endangered! After they got married…

Lu Gan: My dear, are you hungry? Why don’t I make you something?

The great villain: Mom, I earned a billion. That’ll be your pocket money!

Song Yujin: I saw a rather acceptable necklace in an auction. It’s almost worthy of you, I guess.

Song Xi was speechless. All of a sudden, she was being pampered by bigshots!