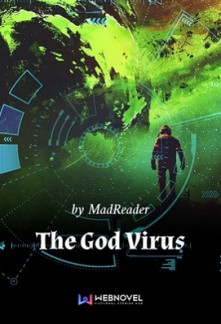 [What happens when a genderless Artificial Intelligence which is proclaimed as one of the worst in mankind's history travels back in time from the unreachable future and makes itself a true body?]

[Will it struggle in its new life? Maybe just be bored into madness?]

[Will it experience new feelings and things it never did previously, now that it has a true body? Love maybe? If so, what kind of Love?]

[What Will its choices be as an entity with a monstrous amount of knowledge? Will it choose the path of a King who rules over all? Or a Demon that does as it wishes? Or maybe an entirely New Path altogether?]

[What Will it do when worlds clash with each other? And to what ultimate destination Will it truly strive for?]

"I always had you in my heart... why aren't you choosing me? I love you so much that the word LOVE can't even begin to describe what I feel anymore... BUT WHY?" She yelled with tears rolling down her face, just to see...

'The moment my eyes fell on him, time stopped, everything went quiet, and I knew immediately... that he was THE ONE for me...'

"Do you truly love me? Even though we are together... I never heard the word LOVE voiced by your lips at me..." ANOTHER voiced gently, only to hear...

This is the story of a choice filled with twists, and decisions an Artificial Intelligence who travels to our current time from the long forgotten future has to make after creating itself a true body which slowly begins to change him forever!

This is a story of striving for the... ULTIMATE DESTINATION!

A story made by the fusion of Sci-fi with the Fantasy and Romance genre.

If you are looking for a story different than most with endless possibilities, which has True Love, Advanced Technology, Unique Cultivation Mixed with Science, Multiverse, Developing ..., Different Civilizations, Twists, Characters, World Plot, etc. Then, this story is probably for you. Give it a try and sink in.

《An Artificial Intelligence or a Human Being... Which one am I? Maybe both? Or maybe neither?》

《Love of the Artificial Intelligence or the Human Being?》

《From the forgotten Future to the far long known Past...》

《A path to 'GODHOOD'... Cultivation? or Science and Technology? I wonder... which path will lead me THERE?》

《Let's play as I please to stop being bored into madness in this Limitless World.》

《Come with me to this Journey to the UNKNOWN and BEYOND.》

The bonus system works with the [Power Ranking] according to the following guide: