When Qi Mu was very cautiously carrying Su Wan down from the car, Su Wan woke up.

“Don’t move.” Seeing that she was going to struggle, Qi Mu tightly held the person in his embrace: “You just woke up. Be careful of catching a cold. It’s fine if I carry you.”

The elegantly decorated restaurant was completely empty. The lights in the hall were lit, but there wasn’t a single guest nor service personnel in sight.

Qi  Mu carried Su Wan into a private room and gently placed her on the innermost seat: “I used to come here a lot. I’ll go to the back kitchen and see if there’s anything to eat. You rest here for a bit.”

Watching Qi Mu’s figure as he left, Su Wan was dumbfounded for a while. When Qi Mu came back with a few side dishes, Su Wan was still in a daze.

Qi Mu put the food on the table in front of Su Wan, the two fragrant stir-fry dishes still let off steam.

Su Wan smelled the aroma of the food. When she returned to her body, she saw Qi Mu stand at one side with the shirt cuffs on both sides rolled up and his body faintly smelled of the smoke from the kitchen.

Su Wan looked at Qi Mu with surprise and disbelief.

Qi Mu smiled, revealing eight white teeth: “I haven’t cooked in a long time. Have a taste and see if it’s good. I was afraid that you were too hungry, so I could only cook two simple stir-fry dishes.”

Qi Mu helped Su Wan scoop up some rice and take out the tableware while he spoke.

“Really didn’t expect, that you can also cook?” Su Wan put down her chopsticks and looked at Qi Mu with a sparkling gaze.

“Coming out from the kitchen underneath the hall.1 This is a good example of a man. A man who doesn’t know how  to cook is not a good husband.”

Qi Mu attentively added food on Su Wan’s plate while speaking: “You eat more. Only when you are full, will we have energy to deal with them.”

Su Wan smiled and said to herself: “I realized, you this person….. is actually pretty good.”

The smile on Su Wan’s mouth still hadn’t dispersed when Qi Mu was taken by surprise and moved his body forwards. His face almost stuck to her face, the breath of the two people were interlaced. Su Wan’s face jumped for a bit and then turned red.

Su Wan was flustered and wanted to turn around, but because she sat on a chair, and her whole body and the chair fell to the ground.

Qi Mu quickly caught Su Wan in a flash, and then fell to the floor while hugging Su Wan. Luckily, he kept protecting Su Wan in his embrace, so Su Wan wasn’t injured at all.

When they fell, because Qi Mu hit the corner of the chair, the wound on his arm split open again and bled a lot.

Her fingers touched the warm, bright red blood and Su Wan was immediately anxious. She turned over and sat at one side, and anxiously called out Qi Mu’s name: “Qi Mu, what happened to you? Are you awake ah?”

Qi Mu looked at Su Wan’s red eyes. While strenuously raising his hand to wipe the tears on her face, he eagerly looked at her, hoping to receive an affirmative answer from her.

Do you love me?

Even if it’s just a little bit.

Su Wan’s expression was somewhat helpless. She was stunned for a bit, and then she daringly looked at Qi Mu’s eyes: “Qi Mu, then do you love me? Why do you treat me so well?”

She didn’t remember having any close contact with him. The two have only met each other twice. During the trip before the accident, it was their first time really truly chatting.

Su Wan couldn’t figure out why Qi Mu did this.

Love at first sight? That was absolutely impossible. A girl like Meng Ting Yao was the target of love at first sight for guys. Although Su Wan was confident in her looks, she wasn’t narcissistic to think that she was at a level where Qi Mu would fall in love at the first sight of her.

Then, why was it ne?

“Actually, this is not the first dream we have experience, and certainly is not the last one.”

Qi Mu’s gaze was somewhat complicated. He still looked at Su Wan, the tenderness in his eyes were not fake: “Actually, you and I, we’ve experienced several different dreams. Xiao Wan, you saved my life before. We used to go through thick and thin together, but finally…. to save me, you…..died.”

As if he was remembering the most painful experience, Qi Mu’s face slightly twisted: “In each dream, the last person to survive will receive a different ability, a different reward. I used my reward to exchange for an opportunity to return to the past once. I only have 72 hours.”

Speaking till here, Qi Mu held up his hand, his palm facing up. Su Wan clearly saw that his hand had a mark similar to a dial that was continuously counting down.

Their time and space stood at a standstill at three in the morning, but the time on Qi Mu’s palm was not restricted by this space. It was still moving.

Su Wan sat dumbfounded in the same spot. This kind of complicated and strange truth, she couldn’t accept it for a while.

Su Wan hung down her eyes, her gaze complicated as she looked at Qi Mu. She hesitated for a long time and she finally reached out to Qi Mu. 2

Qi Mu smiled. He raised his hand and held Su Wan’s small, slender hand. He let Su Wan forcefully pull him up. It was right at this moment when the door of the private room was suddenly slammed open. A figure staggered in, followed by a heavy smell of blood. 3

Su Wan looked in terror at Fan Shu Jun who appeared at the door. He was covered in blood, his pair of eyes red. Almost without any pause, he brandished the knife in his hand towards Qi Mu.

In the situation of near life and death, Fan Shu Jun paused for a bit. Qi Mu used this opportunity to lift his leg high and sweep away Fan Shu Jun’s weapon. At the same time, Qi Mu turned back and hugged Su Wan in his bosom.

It was the first time the two were so close, so intimate.

Qi Mu’s body suddenly went motionless. He didn’t dare believe it and look at Su Wan in his embrace. Su Wan’s face leaned on Qi Mu’s face, as if she was listening attentively to his heartbeat.

The gentle female voice brought a little bit of a careless smile. Su Wan lifted up her face and got closer to Qi Mu’s gradually slacking eyes: “I’ve won.”

She raised the most elegant smile on her face and declared the final victory.

Right now, the two people were still clinging to each other, but the miniature triangular army thorn already ruthlessly impaled Qi Mu’s heart, slowly drawing out the blood from his heart. 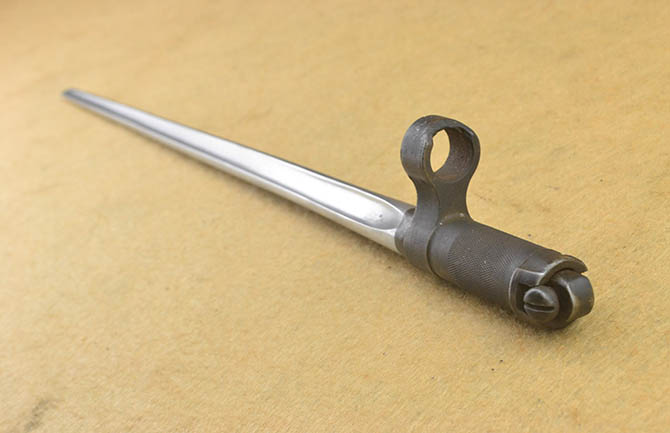 This is what Su Wan used. I guess the dip in the blade lets the blood flow out.

Qi Mu moved his lips as if he wanted to say something. Su Wan made a gesture for him to be silent.

“Goodbye, Mr. Incubus. No, perhaps I should call you….”

Qi Mu’s consciousness gradually blurred. Although he seemed as if he wasn’t reconciled, he still gradually closed his eyes and his whole body turned into starlight and disappeared in an instant……

Abandoning the time-space, the plane repairer’s headquarters, the executor connected to the third warehouse–

He clashed with the number 3 from the other side for the first time and he actually suffered a crushing defeat? And it was in the dream making space where he was the best in. This was not scientific!

Right now, a familiar voice sounded beside Qi Yue’s ear. As soon as he raised his head, Qi Yue saw his old rival, Yun Sheng, smiling while leaning on entrance of the execution room 5. It was very clear that this person specially rushed over to criticize him.

“Just as a human makes mistakes, so can a horse tumble. What does this count as?”

Qi Yue pretended to raise his eyebrows in disdain. Yun Sheng , who was by the door, laughed: “Ce Ge 6 already warned you many times. Don’t mess with the number 3 from over there. But you just don’t listen. Now you know her greatness?”

Up till now, Qi Yue still didn’t understand. He was obviously in his dreamworld space. Everything was under his control and surveillance. How did that woman pretend without revealing a single trace of it?

Among the all the people who completes tasks, except for their NO. 1 Xu Ce, no one can pretend so flawlessly in front this dream maker. Does that woman have the same thing like Ce Ge?

Qi Yue denied his own conjecture, but his heart was getting more and more confused.

Seeing his appearance of racking his brains, Yun Sheng seemed as if he couldn’t bear it. He sighed and faintly spoke: “I was by Ce Ge’s side the longest, so I know some stuff that others don’t know. Regarding that number 3 from over there, actually, she and Ce Ge used to be…..”

Yun Sheng haven’t finished speaking, but was suddenly interrupted by sounds of disturbance.

“He rose, he rose again! The rankings changed again!”

“That newcomer actually went straight to the top ten! Is he a lunatic?”

“Your mother, laozi 7 hasn’t seen this kind of insane newcomer before. Calling us old people, how can this be endured ah!”

The sound of disturbance got more and more grating on the ear. Right now, Qi Yue already walked to the door and curiously looked at the direction of the bulletin board that contained the list of names along with the accumulated points: “What happened?”

Seeing his bewildered face, Yun Sheng forgot the previous topic and turned his head and gloatingly laughed at Qi Yue: “Oh, by the way, almost forgot to let you know. When you were doing your assignment, Ce Ge took in a wonderful newcomer from a collapsed plane of existence. That guy’s perception was off the charts, his force beyond the normal range of measurement, and even the IQ completely surpasses a mortal’s. Zeze, 8 This newcomer is especially energetic. He didn’t put Ce Ge in his eyes and crazily does his tasks. Now he already became our department’s newcomer. Maybe he will replace your position some day!”

Qi Yue couldn’t help but be speechless. A new comer directly went into the top ten? How many assignments did he do?

Is he still human?

Qi Yue didn’t dare to imagine what kind of existence this person was. This speed was going to break Ce Ge’s record that he held for many years ba?

For a time, Qi Yue forgot his distress over his defeat. Instead, he looked at Yun Sheng with enthusiasm: “Is that newcomer still doing a task? I really want to beat him up. What’s he called?”

Yun Sheng coldly spat out a name, To tell the truth, regarding Su Rui’s disposition, Yun Sheng really can’t bring himself to like him.

Qi Yue frowned– suddenly really hate the surname Su. How to get rid of it?