Return To The Past: I Won't Choose Humility This Time! 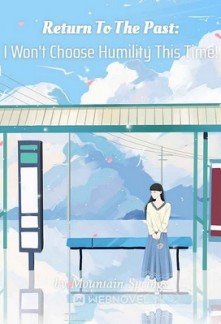 Return To The Past: I Won't Choose Humility This Time!

In her previous life, as Yun Xi lay on her deathbed due to a terminal illness, her famous painter husband said to her heartlessly, “Yun Xi, let’s get a divorce. I would never marry you if I knew that your sister was the one who saved me.” Yun Xi was dumbstruck. It was actually her who saved Mo Ran! She struggled to look at her sister, Yun Lian to see what was going on. Yet, what she saw made her heart sink into her stomach. Yun Lian lowered her gaze as she said, “Sister, I’m sorry. My Brother-in-law and I truly love each other. I’ve been hiding this for so long now, and I can’t hide it any longer.”

Yun Xi suddenly felt her world spin, and the past flashed through her head. Her sister had always asked her about how she saved Mo Ran in detail and constantly stood between her and Mo Ran. He gradually became more distant from her - was that all for the sake of today?

Yun Xi and Yun Lian are twins, but because Yun Xi was always been better in her studies and had a better husband, both society and their parents showed their bias toward Yun Xi. However, Yun Xi would always tolerate and dote on Yun Lian, giving Yun Lian most of her opportunities, including the precious chance to go to school. Staring at her husband’s icy expression, Yun Xi dragged her sickly body to the window and jumped down.

When she opened her eyes, Yun Xi realized that she was not dead. Instead, she had returned to that summer day when she was competing with Yun Lian for an opportunity to go to school. It was on this day that Yun Xi offered her most precious opportunity! Now that she was given another chance at life, Yun Xi swore to take back what was hers. Whatever Yun Lian took from her, she would have Yun Lian pay everything back! As for her ex-husband, Mo Ran, Yun Xi decided to let Yun Lian have him. Yun Xi did not want him anymore. However, the new Yun Xi, who had now become more aloof instead of her old humble self, was further loved by the world. Even that unattainable man started paying her attention?!

Back In Time: I Choose To Love You