Reborn: The Godfather Has Fallen For Me 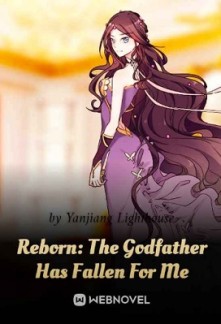 Reborn: The Godfather Has Fallen For Me

After being imprisoned in the basement by her mother for ten years, she ended her cruel and tragic life in death when they forced her to hand over the key to the hidden treasure. Getting reborn in her teenage years, she woke up in the bed of that terrible and powerful man. This time, she must take revenge on her enemy, and now she must live.

Having nicknamed 'The Loli of The East', this young lady broke through the heavily fortified private prison and managed to snatch the key that the man had been searching for as she escaped into the forest. "Woman, you've successfully attracted my attention." This man, who appeared to be the CEO of a business empire on the surface but was the godfather of the largest mafia, carried a military-tier bag and entered the forest. He felt that the Loli of The East possessed a fatal attraction. She was not a weak woman. On the contrary, she was stronger than most men in the world.

Shen knew that the man in front of her was the Owl King. He was all-powerful, cold, and domineering, yet he was persistent towards her.

Why did this man plan to do after chasing after her from outside the country into the country, even though she avoided him like the plague?

Yan, "Baby, do you think it's possible?"

Her horizon did not look like that, and it should not be.

Therefore, even if Yan built her a magnificent golden house, it would not be able to stop her heart that yearned to soar in the sky.