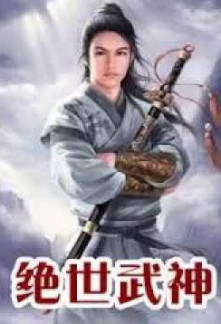 Do not judge others in ignorance within my presence.

Those who think to harm someone should be ready to be harmed.

Those who are open and respectful shall receive my kindness and respect.

Those who plot against me are seeking their own death.

This is true, for I am death… I am Lin Feng.

Lin Feng tried to be the diligent and hard-working good guy. He Studied hard, did his best to make his family proud and not get into trouble, but when he saw a girl being taken advantage of, he had to intervene. He had been tricked, sentenced to 10 years in jail and framed for a crime he never committed, all was lost. If his life was over he would take those who ruined his life with him…

Suddenly he opens his eyes again. He is not dead, but alive in the body of the Lin Feng of a different world. This Lin Feng had been killed as trash of cultivation. This world where the strong had no regard for human life and would kill freely if they had the strength. Called ‘trash’ and thrown away, with vengeance in his heart he will rise to new heights opposing the will of heaven and earth.

The Legend of Futian