National School Prince Is A Girl 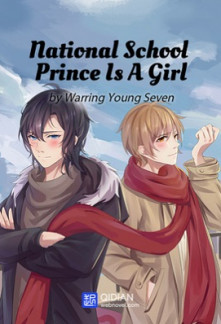 National School Prince Is A Girl

On the surface, she’s a gay high school boy. In reality, she’s the hacker known as Z, who hunts criminals on the Internet. A girl dressed in men’s clothes; a master at playing games, punishing evil, and having the highest skill in seducing girls. When people learned that “he” was actually female, the entire population blew up!

Fu Jiu: “Great Deity Qin, do you have a girlfriend?”

Qin Mo puts down the laptop: “I don’t have one.”

Fu Jiu starts to seduce in a low voice: “In that case, you have one starting now. Me.”

Fu Jiu is dumbstruck: “Hold on! What are you doing?”

Qin Mo: “Using my privilege as a boyfriend.”