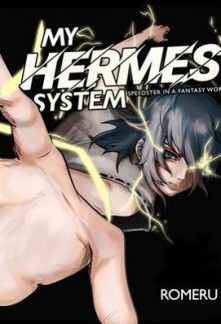 A Speedster in a Fantasy World

More than a thousand years ago, portals opened up in the world.

Swallowing up the world whole with the vile creatures that came out of it.

The humans struggled for years as their weaponry could only get them as far as fending them off. But everything changed when the first super human was discovered, a child that was born after the portals have appeared.

From then on, the humans have discovered that there were others, and they all held the same power... A power that was known as the System.

And those who were born with it were called System Holders.

The System Holders, with their mysterious powers, were the ones who helped recover the world from the monsters, once again reclaiming it.

And now, a hundred years later, a System Holder was born,

the Holder of the Hermes System, the Gatherer of Souls.