Love in the Midst of Mistaken Identities 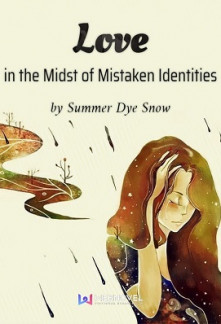 Love in the Midst of Mistaken Identities

Her step-sister just died three months ago. Now, she insists on marrying Chu Lui, who is supposed to be her future brother-in-law, the mind behind the Chu Enterprise. The world is sure that she, the new bride-to-be, haa caused her step-sister's death in order to seduce him.

Even her own mother says to her cruelly, "Don't call me 'Mom'. I don't have a daughter as vicious as you."

During their wedding ceremony, her husband-to-be tells her, "I won't kiss you; you disgust me."

All her embarrassment is captured by the numerous cameras present.

He shames her. 'Xia Ruoxin, you went so far just to marry me? I will make your life a living hell.'

And her life indeed becomes a living hell. For his business, he sends her to another man. To right the reputation of his beloved woman, he sends her to company a bunch of men. Later, he marries again, and on his wedding night, she remains in an ice-cold warehouse, giving birth to a girl.

Many years ago, the boy promised, "I'll come back for you when we're older. I'll marry you and make you my little bride."