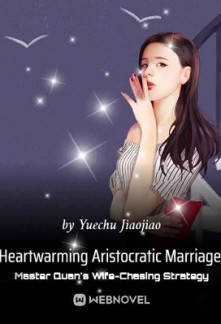 Song Fengwan was dumped by her fiancé, who had been dating her for a year, and an illegitimate daughter appeared out of nowhere to ruin her family.

One day when she's drunk, she claims that she wants to woo her ex-fiancé's most feared uncle, Third Master Fu.

In the corner, someone chuckled. "Third Fu, this girl is so daring. She said she wants to chase you?"

Her ex-boyfriend walked in with his pregnant mistress in his arms and flaunts at her.

A certain someone strolled over and the two of them greet him obediently. "Third Uncle."

Fu Chen looked at Song Fengwan, who was beside him, and tells them, "Call her Third Aunt."

In everyone's eyes, Third Master Fu looks kind on the outside, but is ruthless on the inside.

While in Song Fengwan's eyes, he is a very seductive old man.

Everyone: I don't think we know the same person.