Before I Died, I Forcibly Kissed The Heroine 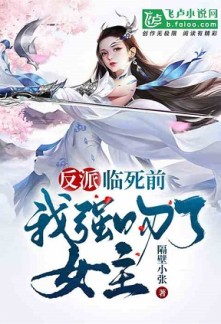 Villain: Before I Died; I Forcibly Kissed The Heroine, 反派：临死前; 我强吻了女主

Before I Died, I Forcibly Kissed The Heroine

Shu Shi has been the villain in the book from time to time and had to play by the plot in order to become the protagonist in another book.

According to the plot, he must eventually die under the heroine’s sword.

When he was about to die, Zhan Qingchen stood up with her sword and asked him what his last words were.

Looking at the indifferent beautiful face, Shu Shi, who was lying in a pool of blood, was angry.

He pulled Zhan Qingchen down hard and gave her a forced kiss!

“This is the last time we meet anyway!”

Zhan Qingchen hated men so much and now her chastity had been taken away! This kiss was the best revenge for his nemesis!

After this he would be reincarnated and become the real ‘Favored son of heavens!’

But what Shu Shi did not expect was that Zhan Qingchen actually used the treasure to save him from the gates of death!

Now that they were sitting in silence, the atmosphere had become extremely awkward.

Zhan Qingchen: “Explain, why did you kiss me?”