After Breaking Off My Marriage, I Became A Powerful Minister's Treasure 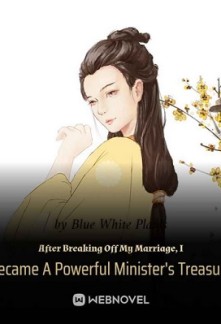 After Breaking Off My Marriage, I Became A Powerful Minister's Treasure

"When Shi Qingluo, an agriculture expert, opened her eyes again after dying, she realized she had transmigrated as a farm girl in an ancient era. Her story started when she was sold by her family, and was currently being forcibly taken away. She subdued evil with the greater evil, and violence with greater violence, forcing the troublemakers to cry in defeat and ended up giving in to her.

Then, she married off to another village. She became the wife of a scholar, Xiao Hanzheng, who was in a coma and had just been abandoned by his extended family. Qingluo looked at Scholar Xiao’s frail mother, delicate younger sister, and obedient younger brother, and rubbed her chin out of satisfaction. From now on, they were all hers to protect.

Since then, she took on the crucial role as the family’s breadwinner, led the family towards prosperity and accidentally became the nation’s wealthiest individual.

Xiao Hanzheng woke up to find that his brother, who supposedly died from drowning, was alive and kicking. His sister was still at home. And their mother, who was supposedly eaten by wild beasts when she entered the forest in hopes of earning money to buy medicine, was still alive. More importantly, he even gained a capable wife after waking up. All of his immediate family members loved and relied on her. He looked at her and asked, “If you’re the breadwinner, what should I do?” His wife said, “You just have to look pretty, and earn a position in the government so that you can support me.” Xiao Hanzheng’s frozen heart suddenly came alive. “Sure!”

Since then, he has worked hard in his career. He went from being an elementary scholar to a distinguished minister with great influence. He knew that from the moment he woke up, his wife was his savior.