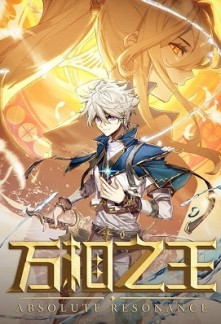 In the land of the Xia Kingdom, every human being is born with what is known as a ‘resonance’, either to a specific element or a powerful, mythical beast. Unfortunately, Li Luo was born with an incredibly rare condition known as a blank resonance – as the name suggests, he doesn’t have one! Normally, this would be utterly crippling, but at least he has the advantage of being the young master of the mighty House Loulan, one of the five Great Houses of Xia. Unfortunately, his parents, the powerful masters of House Loulan, have gone missing for many years, and the other Great Houses are beginning to eye their holdings quite hungrily. For that matter, plenty are also eyeing his talented, beautiful childhood friend and fiancee Jiang Qing’e, who has been leading House Loulan in his parents’ stead! Li Luo would much rather keep a low profile and wants to call off the engagement – but Jiang Qing’e has flatly refused. What’s a ‘useless young master’ to do?

Is there any way he can get out of this engagement? Can he figure out a way to protect his House from the jackals circling around it? And… is a blank resonance really useless?

Come and find out!

Battle Through the Heavens